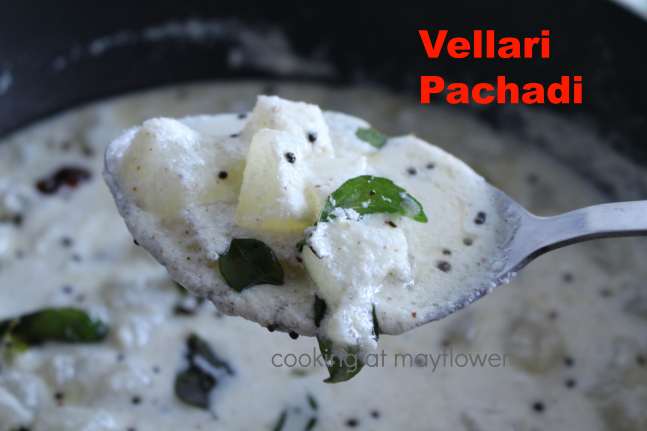 Vellarikka pachadi is one of the most sort after pachadi in Onam Sadya.

Cucumber pachadi is a semi-thick, curd-based curry.  The addition of yogurt and coconut makes the pachadi thick and delicious.

Onam Sadya is not complete without serving pachadi.

What is an alternative for Madras Cucumber in Vellarikka Pachadi?

The best alternative would be regular cucumbers/salad cucumbers.

Note:- Discard the seeds and bitterness of cucumber if any while using it in curry.

If you had like to learn how to make vellarikka pachadi. Watch here.